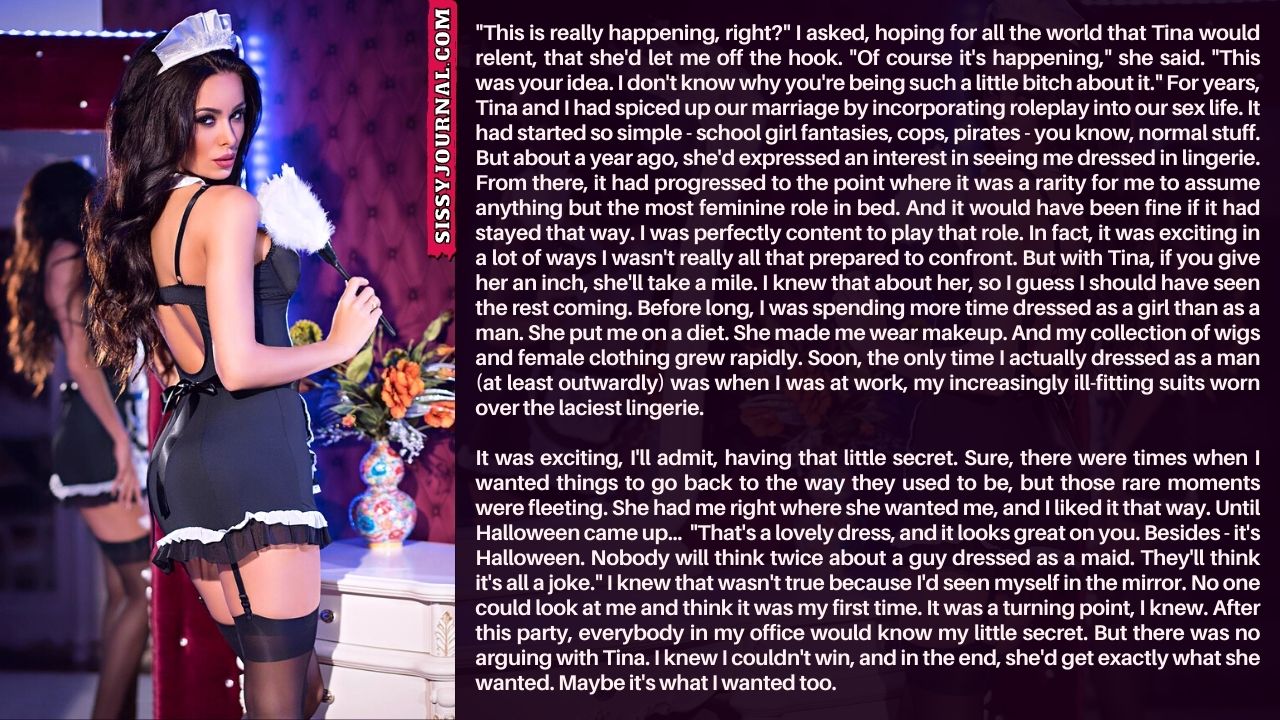 “This is really happening, right?” I asked, hoping for all the world that Tina would relent, that she’d let me off the hook. “Of course it’s happening,” she said. “This was your idea. I don’t know why you’re being such a little bitch about it.” For years, Tina and I had spiced up our marriage by incorporating roleplay into our sex life. It had started so simple – school girl fantasies, cops, pirates – you know, normal stuff. But about a year ago, she’d expressed an interest in seeing me dressed in lingerie. From there, it had progressed to the point where it was a rarity for me to assume anything but the most feminine role in bed. And it would have been fine if it had stayed that way. I was perfectly content to play that role. In fact, it was exciting in a lot of ways I wasn’t really all that prepared to confront. But with Tina, if you give her an inch, she’ll take a mile. I knew that about her, so I guess I should have seen the rest coming. Before long, I was spending more time dressed as a girl than as a man. She put me on a diet. She made me wear makeup. And my collection of wigs and female clothing grew rapidly. Soon, the only time I actually dressed as a man (at least outwardly) was when I was at work, my increasingly ill-fitting suits worn over the laciest lingerie.

It was exciting, I’ll admit, having that little secret. Sure, there were times when I wanted things to go back to the way they used to be, but those rare moments were fleeting. She had me right where she wanted me, and I liked it that way. Until Halloween came up… “That’s a lovely dress, and it looks great on you. Besides – it’s Halloween. Nobody will think twice about a guy dressed as a maid. They’ll think it’s all a joke.” I knew that wasn’t true because I’d seen myself in the mirror. No one could look at me and think it was my first time. It was a turning point, I knew. After this party, everybody in my office would know my little secret. But there was no arguing with Tina. I knew I couldn’t win, and in the end, she’d get exactly what she wanted. Maybe it’s what I wanted too. 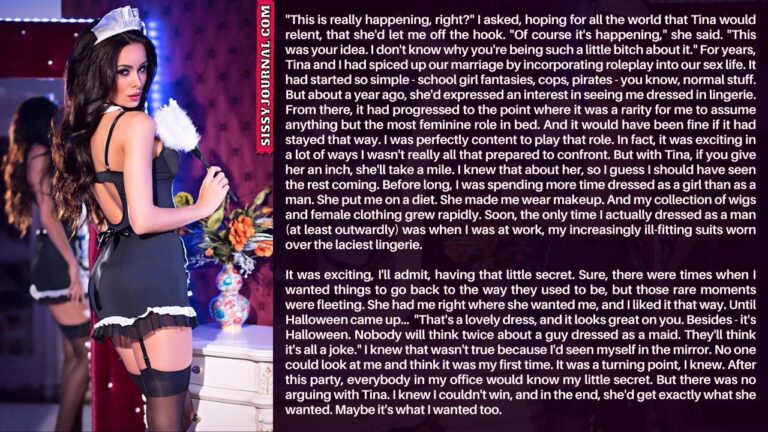 The Day That Changed The World

We Got A Deal