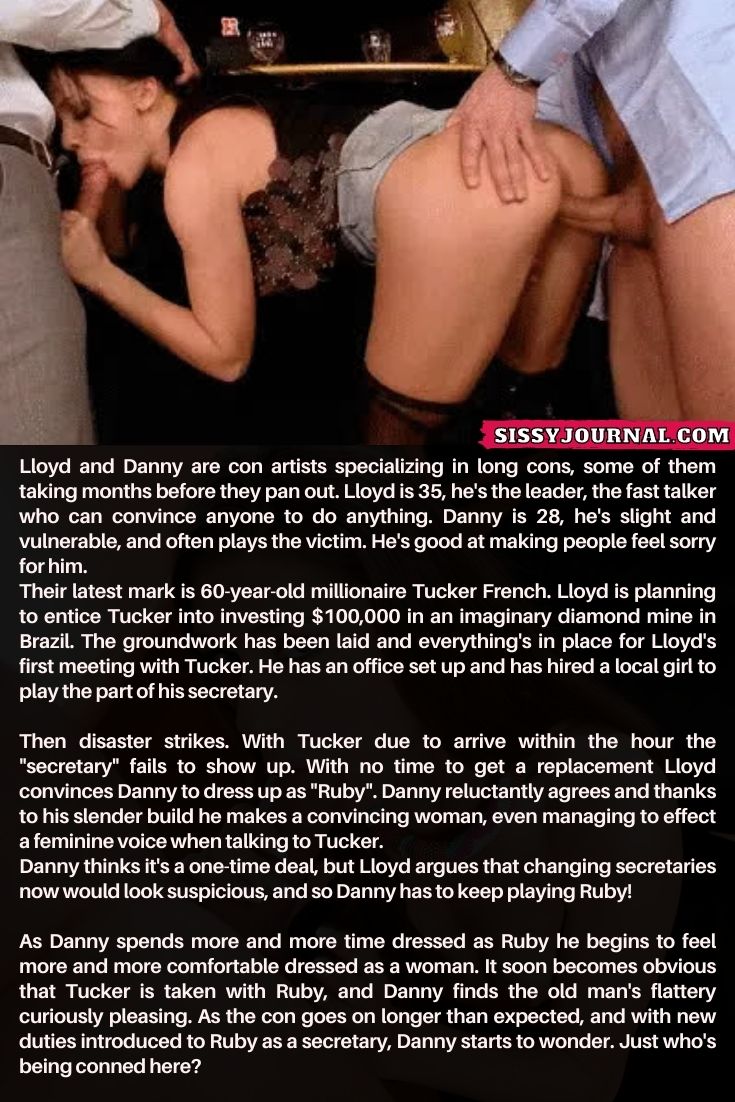 Lloyd and Danny are con artists specializing in long cons, some of them taking months before they pan out. Lloyd is 35, he’s the leader, the fast talker who can convince anyone to do anything. Danny is 28, he’s slight and vulnerable, and often plays the victim. He’s good at making people feel sorry for him.

Their latest mark is 60-year-old millionaire Tucker French. Lloyd is planning to entice Tucker into investing $100,000 in an imaginary diamond mine in Brazil. The groundwork has been laid and everything’s in place for Lloyd’s first meeting with Tucker. He has an office set up and has hired a local girl to play the part of his secretary.

Then disaster strikes. With Tucker due to arrive within the hour the “secretary” fails to show up. With no time to get a replacement Lloyd convinces Danny to dress up as “Ruby”. Danny reluctantly agrees and thanks to his slender build he makes a convincing woman, even managing to effect a feminine voice when talking to Tucker.

Danny thinks it’s a one-time deal, but Lloyd argues that changing secretaries now would look suspicious, and so Danny has to keep playing Ruby!

As Danny spends more and more time dressed as Ruby he begins to feel more and more comfortable dressed as a woman. It soon becomes obvious that Tucker is taken with Ruby, and Danny finds the old man’s flattery curiously pleasing. As the con goes on longer than expected, and with new duties introduced to Ruby as a secretary, Danny starts to wonder. Just who’s being conned here?