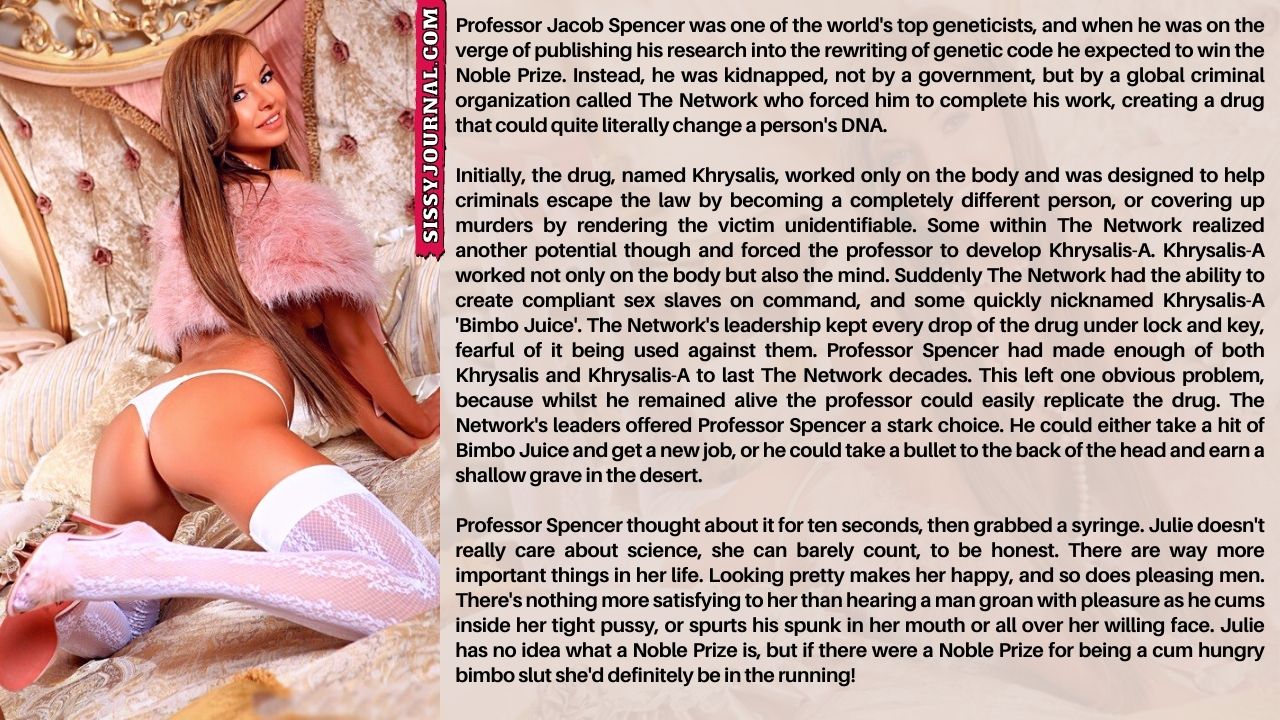 Professor Jacob Spencer was one of the world’s top geneticists, and when he was on the verge of publishing his research into the rewriting of genetic code he expected to win the Noble Prize. Instead, he was kidnapped, not by a government, but by a global criminal organization called The Network who forced him to complete his work, creating a drug that could quite literally change a person’s DNA.

Initially, the drug, named Khrysalis, worked only on the body and was designed to help criminals escape the law by becoming a completely different person, or covering up murders by rendering the victim unidentifiable. Some within The Network realized another potential though and forced the professor to develop Khrysalis-A. Khrysalis-A worked not only on the body but also the mind. Suddenly The Network had the ability to create compliant sex slaves on command, and some quickly nicknamed Khrysalis-A ‘Bimbo Juice’. The Network’s leadership kept every drop of the drug under lock and key, fearful of it being used against them. Professor Spencer had made enough of both Khrysalis and Khrysalis-A to last The Network decades. This left one obvious problem, because whilst he remained alive the professor could easily replicate the drug. The Network’s leaders offered Professor Spencer a stark choice. He could either take a hit of Bimbo Juice and get a new job, or he could take a bullet to the back of the head and earn a shallow grave in the desert. 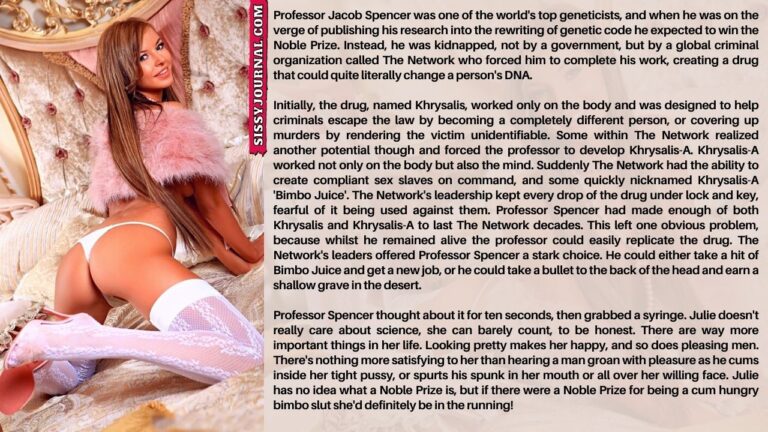 It’s All Coming Back