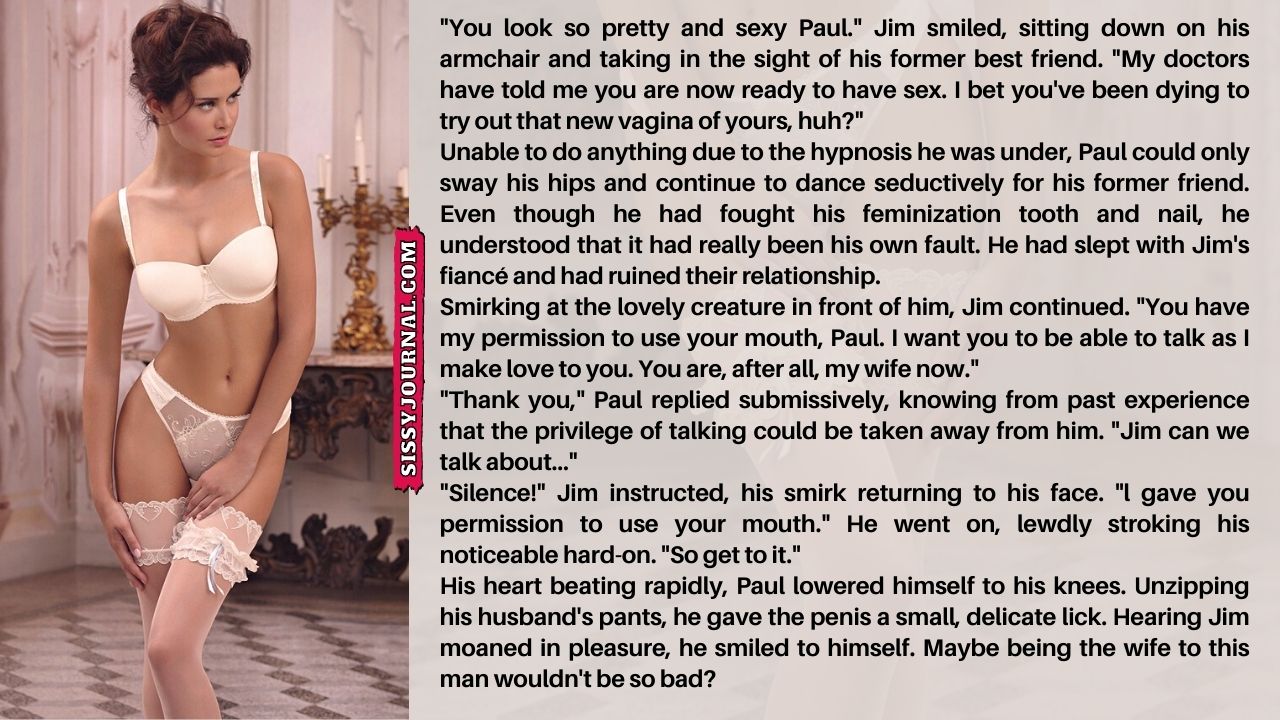 “You look so pretty and sexy Paul.” Jim smiled, sitting down on his armchair and taking in the sight of his former best friend. “My doctors have told me you are now ready to have sex. I bet you’ve been dying to try out that new vagina of yours, huh?”

Unable to do anything due to the hypnosis he was under, Paul could only sway his hips and continue to dance seductively for his former friend. Even though he had fought his feminization tooth and nail, he understood that it had really been his own fault. He had slept with Jim’s fiancé and had ruined their relationship.

Smirking at the lovely creature in front of him, Jim continued. “You have my permission to use your mouth, Paul. I want you to be able to talk as I make love to you. You are, after all, my wife now.”

“Thank you,” Paul replied submissively, knowing from past experience that the privilege of talking could be taken away from him. “Jim can we talk about…”

“Silence!” Jim instructed, his smirk returning to his face. “l gave you permission to use your mouth.” He went on, lewdly stroking his noticeable hard-on. “So get to it.”

His heart beating rapidly, Paul lowered himself to his knees. Unzipping his husband’s pants, he gave the penis a small, delicate lick. Hearing Jim moaned in pleasure, he smiled to himself. Maybe being the wife to this man wouldn’t be so bad? 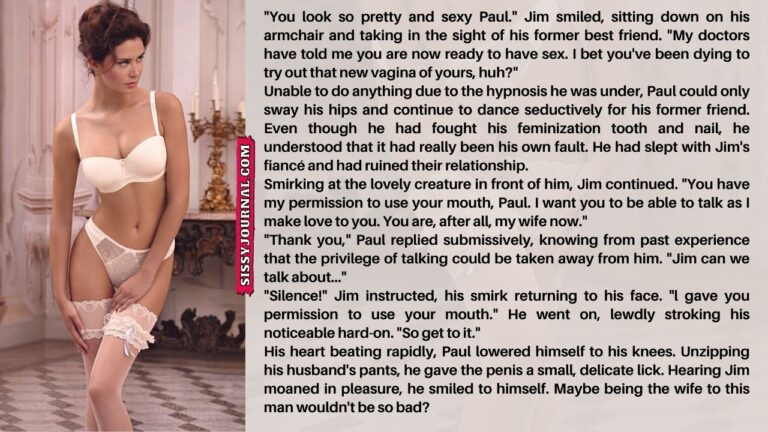