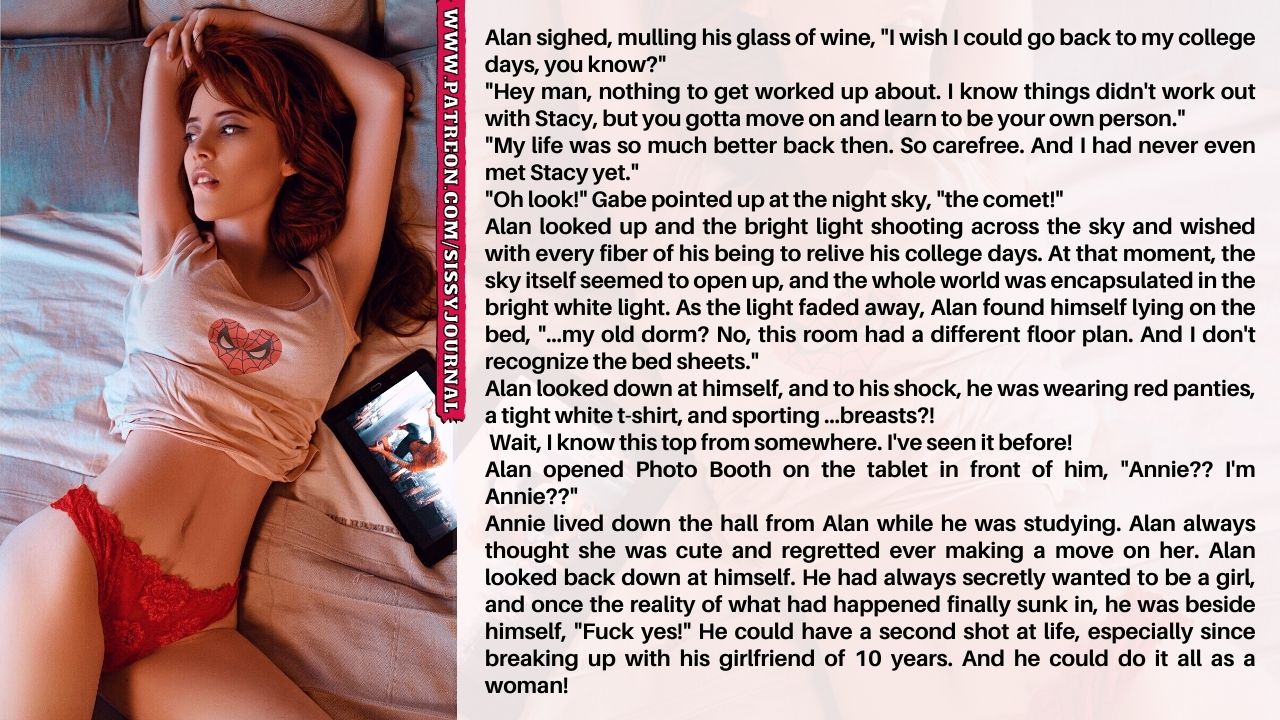 Alan sighed, mulling his glass of wine, “I wish I could go back to my college days, you know?”

“Hey man, nothing to get worked up about. I know things didn’t work out with Stacy, but you gotta move on and learn to be your own person.”

“My life was so much better back then. So carefree. And I had never even met Stacy yet.”

“Oh look!” Gabe pointed up at the night sky, “the comet!”

Alan looked up and the bright light shooting across the sky and wished with every fiber of his being to relive his college days. At that moment, the sky itself seemed to open up, and the whole world was encapsulated in the bright white light. As the light faded away, Alan found himself lying on the bed, “…my old dorm? No, this room had a different floor plan. And I don’t recognize the bed sheets.”

Alan looked down at himself, and to his shock, he was wearing red panties, a tight white t-shirt, and sporting …breasts?!

Wait, I know this top from somewhere. I’ve seen it before!

Alan opened Photo Booth on the tablet in front of him, “Annie?? I’m Annie??”

Annie lived down the hall from Alan while he was studying. Alan always thought she was cute and regretted ever making a move on her. Alan looked back down at himself. He had always secretly wanted to be a girl, and once the reality of what had happened finally sunk in, he was beside himself, “Fuck yes!” He could have a second shot at life, especially since breaking up with his girlfriend of 10 years. And he could do it all as a woman! 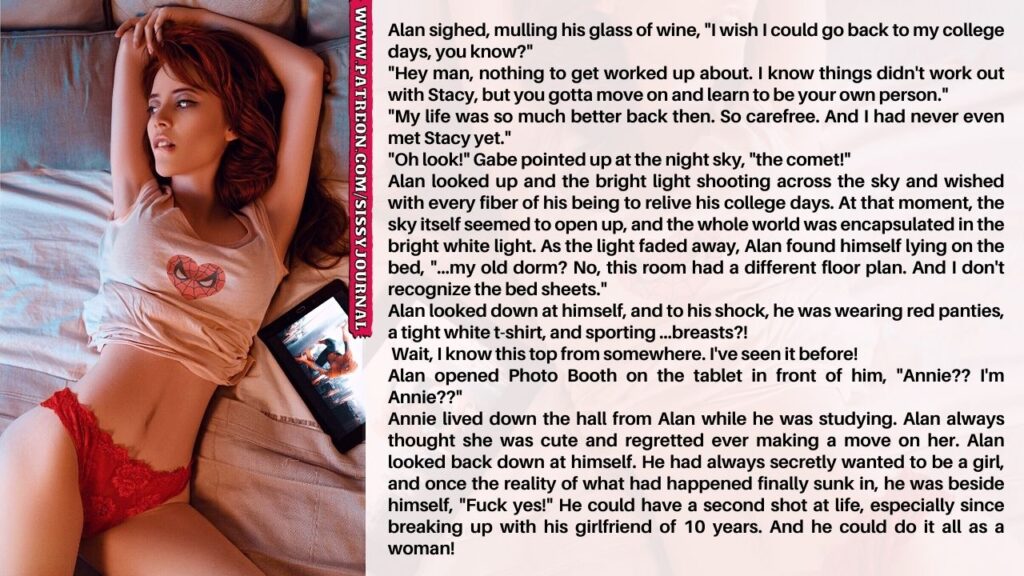 Get Out of The Water

No One Won The Pool