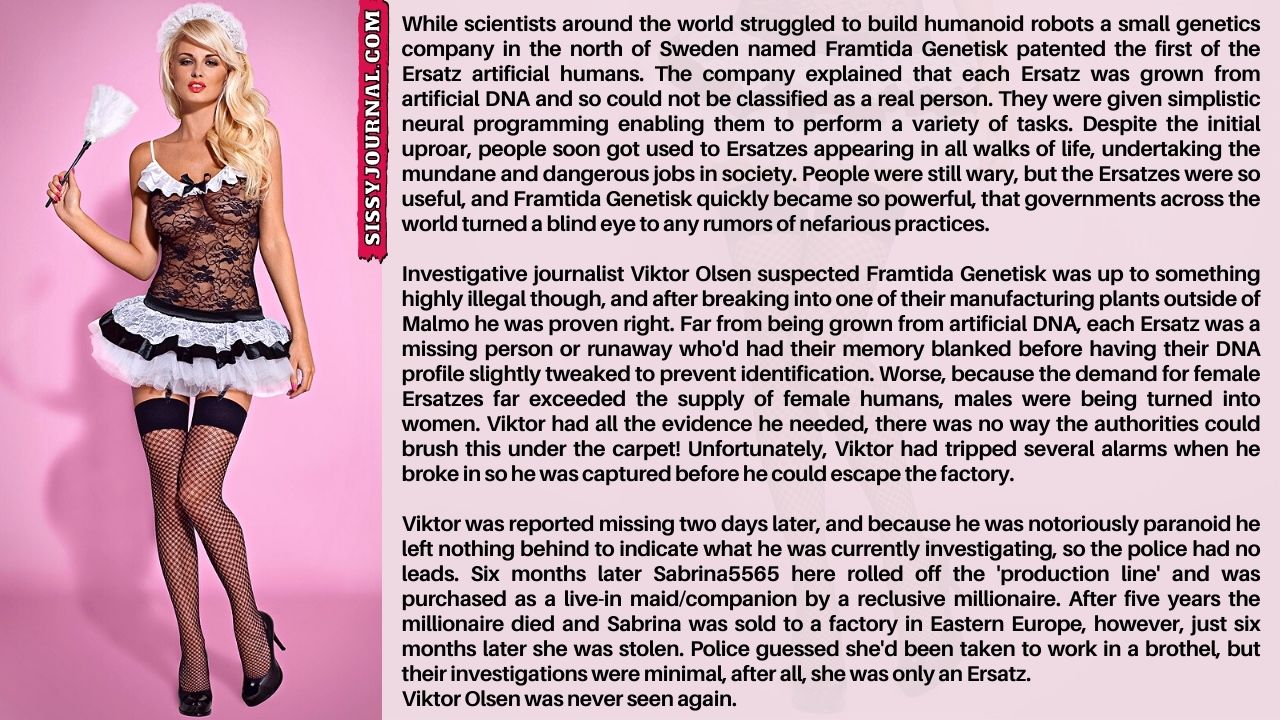 While scientists around the world struggled to build humanoid robots a small genetics company in the north of Sweden named Framtida Genetisk patented the first of the Ersatz artificial humans. The company explained that each Ersatz was grown from artificial DNA and so could not be classified as a real person. They were given simplistic neural programming enabling them to perform a variety of tasks. Despite the initial uproar, people soon got used to Ersatzes appearing in all walks of life, undertaking the mundane and dangerous jobs in society. People were still wary, but the Ersatzes were so useful, and Framtida Genetisk quickly became so powerful, that governments across the world turned a blind eye to any rumors of nefarious practices.

Investigative journalist Viktor Olsen suspected Framtida Genetisk was up to something highly illegal though, and after breaking into one of their manufacturing plants outside of Malmo he was proven right. Far from being grown from artificial DNA, each Ersatz was a missing person or runaway who’d had their memory blanked before having their DNA profile slightly tweaked to prevent identification. Worse, because the demand for female Ersatzes far exceeded the supply of female humans, males were being turned into women. Viktor had all the evidence he needed, there was no way the authorities could brush this under the carpet! Unfortunately, Viktor had tripped several alarms when he broke in so he was captured before he could escape the factory.

Viktor was reported missing two days later, and because he was notoriously paranoid he left nothing behind to indicate what he was currently investigating, so the police had no leads. Six months later Sabrina5565 here rolled off the ‘production line’ and was purchased as a live-in maid/companion by a reclusive millionaire. After five years the millionaire died and Sabrina was sold to a factory in Eastern Europe, however, just six months later she was stolen. Police guessed she’d been taken to work in a brothel, but their investigations were minimal, after all, she was only an Ersatz. 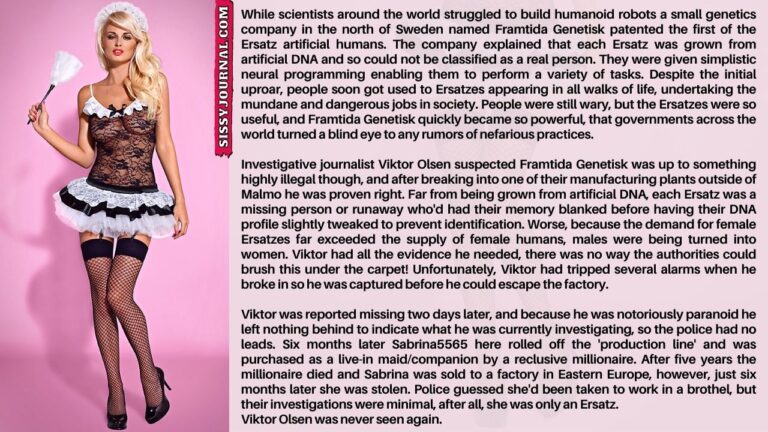 One of the Girls

What Happened To Kyle?