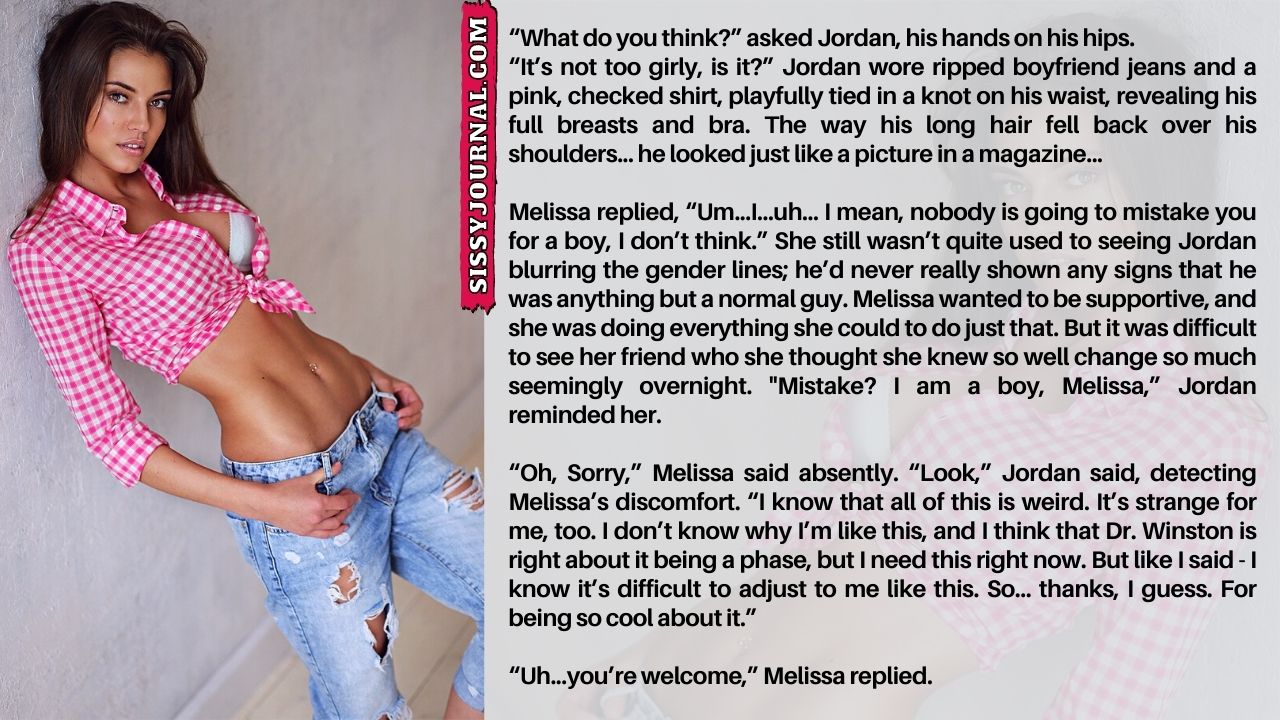 “What do you think?” asked Jordan, his hands on his hips.

“It’s not too girly, is it?” Jordan wore ripped boyfriend jeans and a pink, checked shirt, playfully tied in a knot on his waist, revealing his full breasts and bra. The way his long hair fell back over his shoulders… he looked just like a picture in a magazine…

Melissa replied, “Um…I…uh… I mean, nobody is going to mistake you for a boy, I don’t think.” She still wasn’t quite used to seeing Jordan blurring the gender lines; he’d never really shown any signs that he was anything but a normal guy. Melissa wanted to be supportive, and she was doing everything she could to do just that. But it was difficult to see her friend who she thought she knew so well change so much seemingly overnight. “Mistake? I am a boy, Melissa,” Jordan reminded her.

“Oh, Sorry,” Melissa said absently. “Look,” Jordan said, detecting Melissa’s discomfort. “I know that all of this is weird. It’s strange for me, too. I don’t know why I’m like this, and I think that Dr. Winston is right about it being a phase, but I need this right now. But like I said – I know it’s difficult to adjust to me like this. So… thanks, I guess. For being so cool about it.” 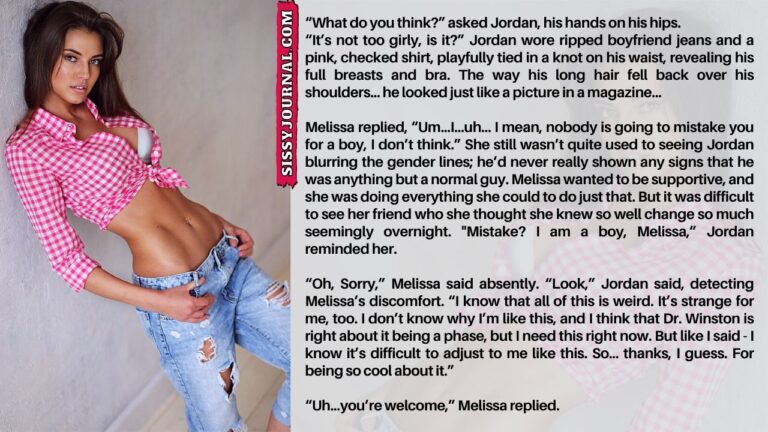