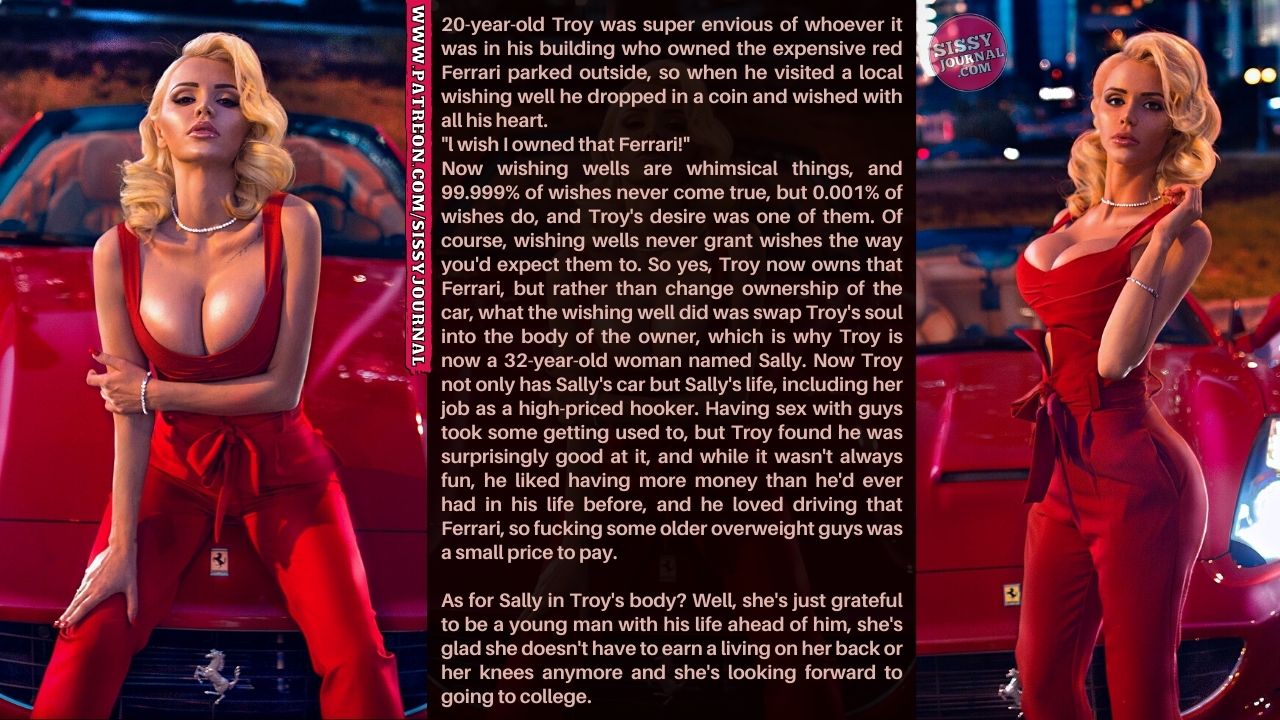 20-year-old Troy was super envious of whoever it was in his building who owned the expensive red Ferrari parked outside, so when he visited a local wishing well he dropped in a coin and wished with all his heart.

“l wish I owned that Ferrari!”

Now wishing wells are whimsical things, and 99.999% of wishes never come true, but 0.001% of wishes do, and Troy’s desire was one of them. Of course, wishing wells never grant wishes the way you’d expect them to. So yes, Troy now owns that Ferrari, but rather than change ownership of the car, what the wishing well did was swap Troy’s soul into the body of the owner, which is why Troy is now a 32-year-old woman named Sally. Now Troy not only has Sally’s car but Sally’s life, including her job as a high-priced hooker. Having sex with guys took some getting used to, but Troy found he was surprisingly good at it, and while it wasn’t always fun, he liked having more money than he’d ever had in his life before, and he loved driving that Ferrari, so fucking some older overweight guys was a small price to pay.

As for Sally in Troy’s body? Well, she’s just grateful to be a young man with his life ahead of him, she’s glad she doesn’t have to earn a living on her back or her knees anymore and she’s looking forward to going to college. 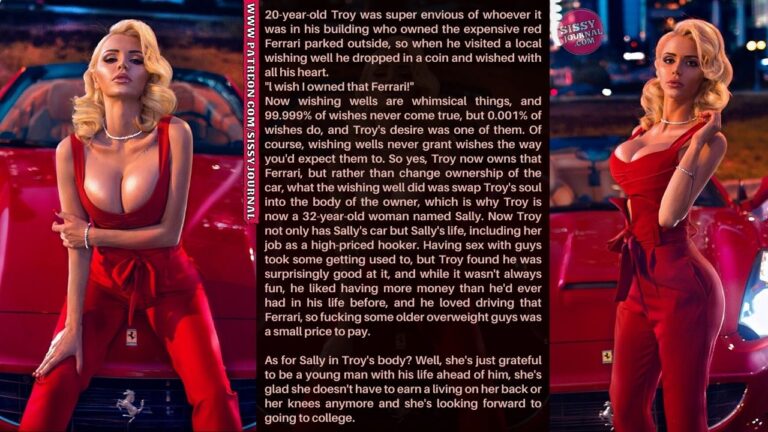 The Most Popular Boy At School