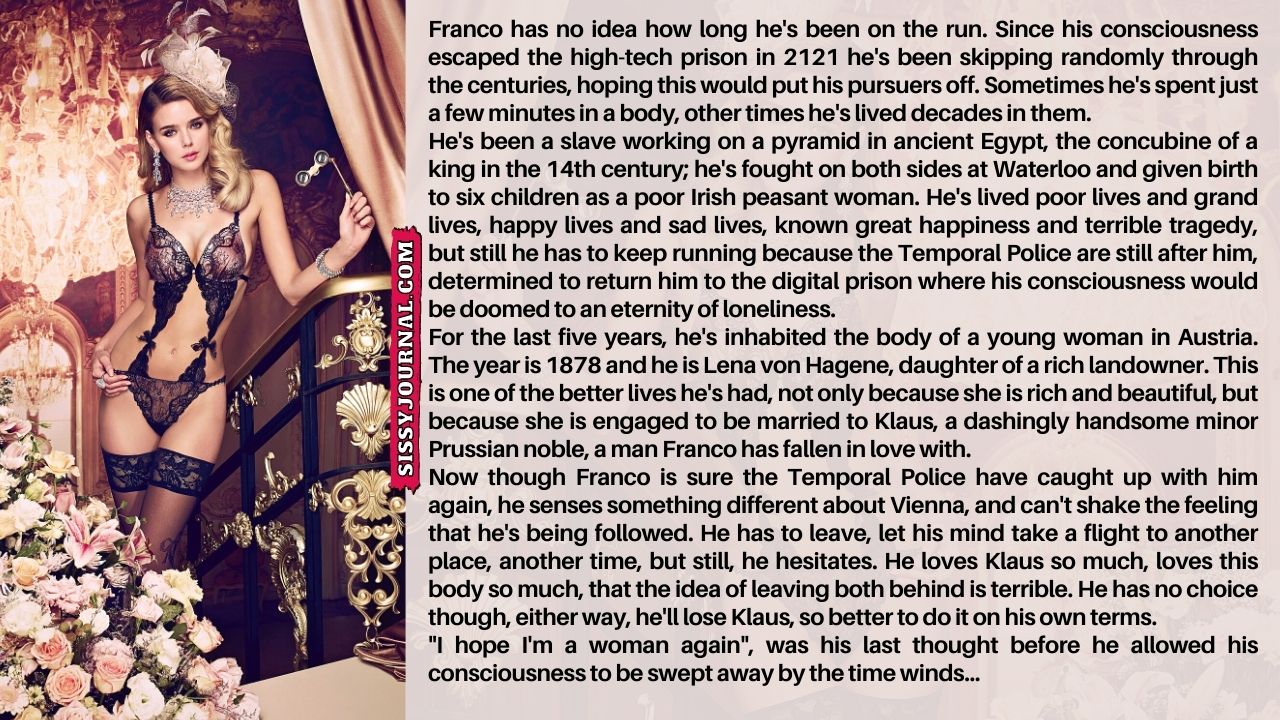 Franco has no idea how long he’s been on the run. Since his consciousness escaped the high-tech prison in 2121 he’s been skipping randomly through the centuries, hoping this would put his pursuers off. Sometimes he’s spent just a few minutes in a body, other times he’s lived decades in them.

He’s been a slave working on a pyramid in ancient Egypt, the concubine of a king in the 14th century; he’s fought on both sides at Waterloo and given birth to six children as a poor Irish peasant woman. He’s lived poor lives and grand lives, happy lives and sad lives, known great happiness and terrible tragedy, but still he has to keep running because the Temporal Police are still after him, determined to return him to the digital prison where his consciousness would be doomed to an eternity of loneliness.

For the last five years, he’s inhabited the body of a young woman in Austria. The year is 1878 and he is Lena von Hagene, daughter of a rich landowner. This is one of the better lives he’s had, not only because she is rich and beautiful, but because she is engaged to be married to Klaus, a dashingly handsome minor Prussian noble, a man Franco has fallen in love with.

Now though Franco is sure the Temporal Police have caught up with him again, he senses something different about Vienna, and can’t shake the feeling that he’s being followed. He has to leave, let his mind take a flight to another place, another time, but still, he hesitates. He loves Klaus so much, loves this body so much, that the idea of leaving both behind is terrible. He has no choice though, either way, he’ll lose Klaus, so better to do it on his own terms.

“I hope I’m a woman again”, was his last thought before he allowed his consciousness to be swept away by the time winds… 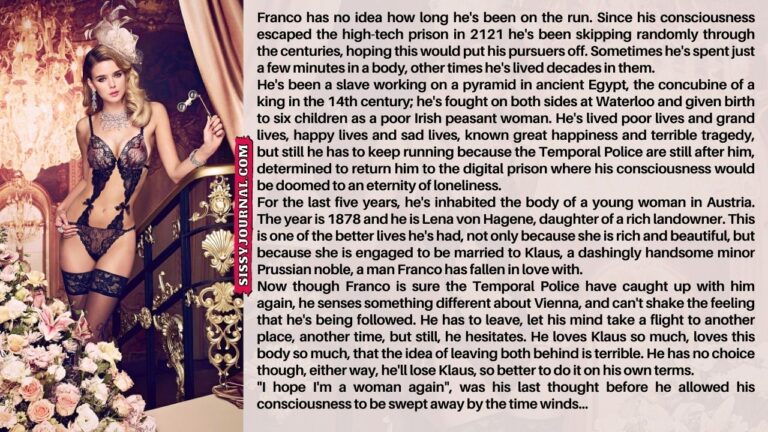 So Much To Take In