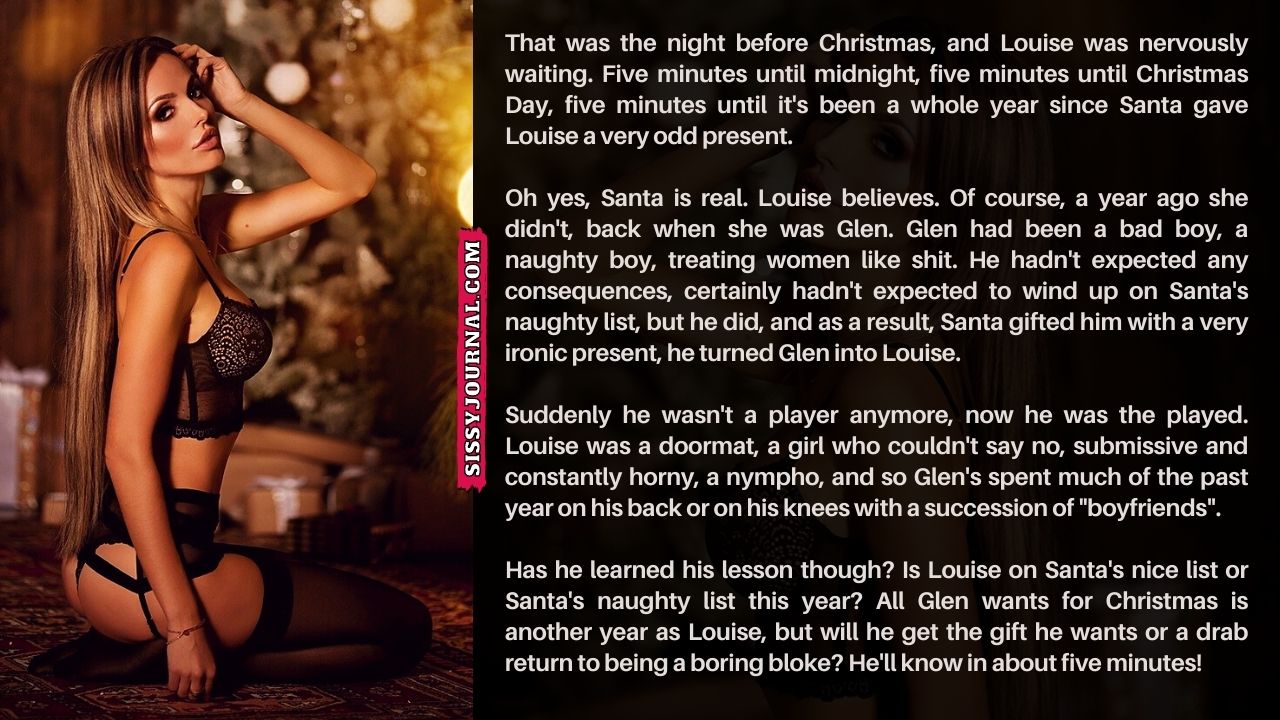 Oh yes, Santa is real. Louise believes. Of course, a year ago she didn’t, back when she was Glen. Glen had been a bad boy, a naughty boy, treating women like shit. He hadn’t expected any consequences, certainly hadn’t expected to wind up on Santa’s naughty list, but he did, and as a result, Santa gifted him with a very ironic present, he turned Glen into Louise.

Has he learned his lesson though? Is Louise on Santa’s nice list or Santa’s naughty list this year? All Glen wants for Christmas is another year as Louise, but will he get the gift he wants or a drab return to being a boring bloke? He’ll know in about five minutes! 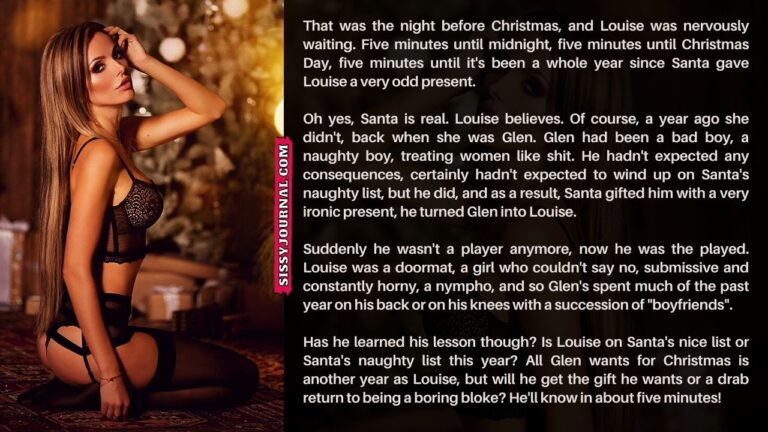 It’s Not That Bad!