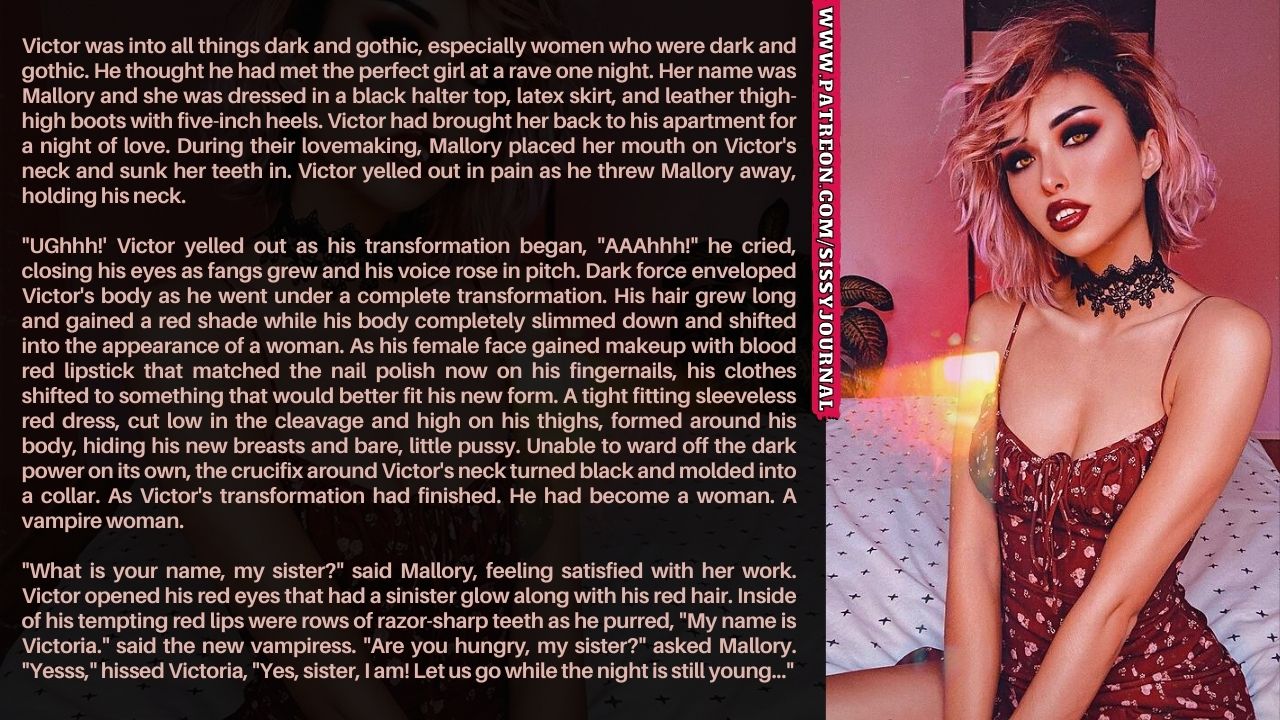 Victor was into all things dark and gothic, especially women who were dark and gothic. He thought he had met the perfect girl at a rave one night. Her name was Mallory and she was dressed in a black halter top, latex skirt, and leather thigh-high boots with five-inch heels. Victor had brought her back to his apartment for a night of love. During their lovemaking, Mallory placed her mouth on Victor’s neck and sunk her teeth in. Victor yelled out in pain as he threw Mallory away, holding his neck.

“UGhhh!’ Victor yelled out as his transformation began, “AAAhhh!” he cried, closing his eyes as fangs grew and his voice rose in pitch. Dark force enveloped Victor’s body as he went under a complete transformation. His hair grew long and gained a red shade while his body completely slimmed down and shifted into the appearance of a woman. As his female face gained makeup with blood red lipstick that matched the nail polish now on his fingernails, his clothes shifted to something that would better fit his new form. A tight fitting sleeveless red dress, cut low in the cleavage and high on his thighs, formed around his body, hiding his new breasts and bare, little pussy. Unable to ward off the dark power on its own, the crucifix around Victor’s neck turned black and molded into a collar. As Victor’s transformation had finished. He had become a woman. A vampire woman.

“What is your name, my sister?” said Mallory, feeling satisfied with her work. Victor opened his red eyes that had a sinister glow along with his red hair. Inside of his tempting red lips were rows of razor-sharp teeth as he purred, “My name is Victoria.” said the new vampiress. “Are you hungry, my sister?” asked Mallory. “Yesss,” hissed Victoria, “Yes, sister, I am! Let us go while the night is still young…” 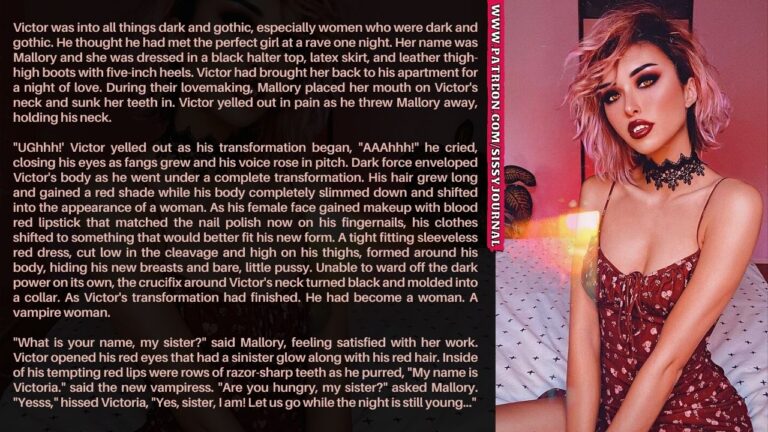